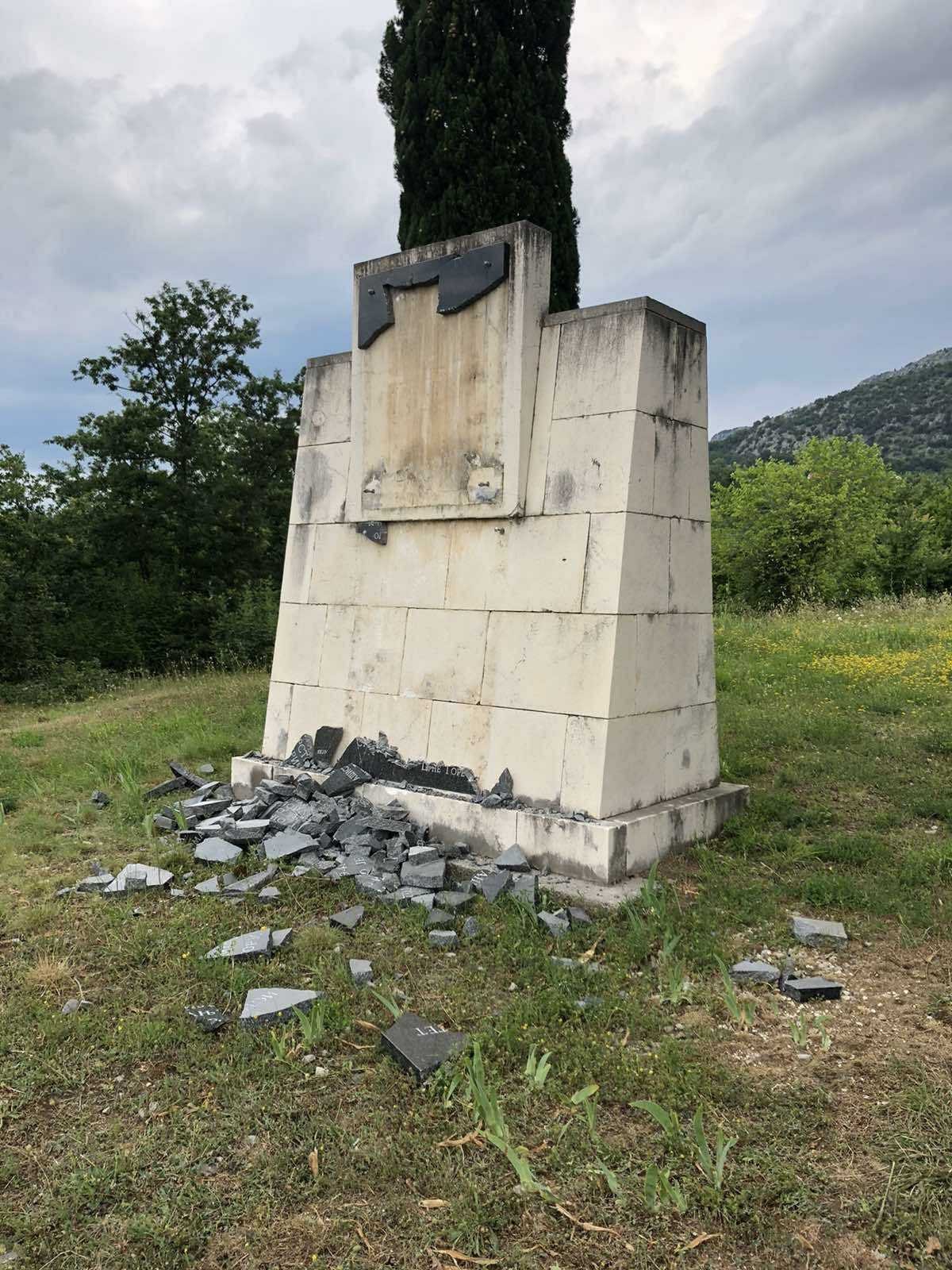 â€œHow we fell, without a shot fired, for the old trick of a new beginningâ€œ

At the end of May 2020, according to the police claims, an eighteen-year-old destroyed the marble slab on the monument marking the spot where the agreement on raising the July 13 Uprising had been made.

To the Montenegrin society, this was as unexpected as snow in December. It set off a roll of public statements of sheepish indignation, followed by catchphrases about July 13 as the “foundation of modern Montenegro”, the importance of anti-fascism etc. There were also those who tried their best to relativize the incident, representing it as a simple fabrication by the police that had allegedly coerced the young man to confess to the crime. The vast majority just wanted to gain extra political points in view of the upcoming elections, therefore missing â€“ for the umpteenth time â€“ the point.

For a long time now, our public has been acting as if nothing special were happening, while also chanting about the dangers of a society divided. Provincial hypocrisy and petty scheming do not allow for the citizens to be told the actual truth â€“ fascism has moved back to Montenegro.

The radicalization and extremization of Montenegrin society has significantly intensified since 2012. This has become completely apparent since 2015 and the beginning of the anti-NATO protests of the Democratic Front. Only those of extremely low intelligence, or those who saw a political opportunity in it failed to notice.

A smaller part of the society wants to finally see things called by their proper name. To see their heroes â€“ war criminals from several different periods â€“ finally get their well-deserved place in history. To see Montenegro become a clerical society in which priests preach, mullahs mull, and others blindly follow. Giving them enough rope to hang themselves, a second part of the society sees in the first one an opportunity for a demonstration exercise â€“ showing what the society would look like if they came to power â€“ therefore cementing their own rule for the next 30 years. And the third, civic and progressive part of the society, ashamed of both the first and the second one, withdraws and keeps quiet. And this is the part that is dominant in Montenegro, in terms of both numbers and quality.

This silence, passivity and lack of reaction of the best and brightest in the society brought us to the current situation, so that the only state whose independence movement was not predominantly nationalistic now experiences a flourishing of ethno-nationalism that is increasingly turning into fascism.

In relation to these phenomena, we have allowed for a vicious circle of half-done “reactions” by those who occasionally get peeved by certain incidents. Most of these “reactions” are directed against opponents â€“ whoever they happen to be in a given configuration, while there are very few people who react against the real danger, i.e. against any form of ethno-nationalism, clericalism, or fascism.

This is how we stood silent before the political canonizations that sanctified convicted WWII criminals. As a reminder, one of them killed, or rather slaughtered exactly 57 people.

We remained indifferent when, at the opening of a place of worship in Podgorica, President Filip VujanoviÄ‡ enthusiastically spoke about “peace and harmony and equality”, while the surrounding frescoes, representing the fires of hell, featured Marshal Tito, Karl Marx, Friedrich Engels, and some folks who look very much like Albanians.

We were horrified (in silence) when the leading part of our opposition repeatedly proposed the establishment of a Montenegrin equivalent of the Chetnik movement birthplace Ravna Gora, as well as the construction of a monument to the criminal, and fascist collaborator, Pavle ÄuriÅ¡iÄ‡. And when we witnessed threats to minorities dispensed from the parliamentary rostrum.

We also tolerated when a part of the Montenegrin intellectual “elite” endorsed a collaborator of the German and Italian occupiers and fascists, Krsto PopoviÄ‡. And when they drew murals in his honour around Montenegro because of what he had done for the country before World War II.

We also considered it an isolated phenomenon when the state official and member of the Bosniak Party Adnan MuhoviÄ‡ bad-mouthed Montenegrins and Petar II PetroviÄ‡ NjegoÅ¡, promised Serbs a new “tractor race” â€“ in allusion to the Operation Storm, as well as when he, rapt with his “pan-Bosniak orientation”, lost all feeling towards the Old Capital Cetinje.

We kept quiet about the cheering for the Kosovo Liberation Army in the halls of our schools, and even when they told us that the Boka Navy was, in fact, the Croatian Navy. We also kept quiet about the affirmation and â€œmartyrizationâ€of the fascists and anti-semites VelimiroviÄ‡ and Lipovac. Even after the never-explained publishing of a photo in which one of the leaders of the church protests, Gojko PeroviÄ‡ â€“called “the prettier face of the Church” by the media â€“ strikes a pose under a photo of DraÅ¾a MihailoviÄ‡.

We failed to notice the creation of ethno-nationalist online disinformation networks. And their activities and sponsors. And the fact that the few normal media consider this topic boring and irrelevant, a topic of third-class importance.

We have not opposed the increasingly frequent pushing of a policy of “co-existence”, a dangerously wrong “multiculturalism” policy whose actual goal is to show that the relations between peoples in Montenegro are a matter of coercion. A policy that should, in perverted minds, replace the actual and authentic way of life amongst those who live here and who perceive this country as their own.

Only few were disconcerted by the obvious use of the antagonism to Montenegro’s membership in NATO for the purpose of the establishment of sustainable ethno-nationalist hotspots within our society.

We were not disturbed by the proposals to “divide” the territory, culture, or the economic wealth according to the percentages from the census. Ideas of “mono-national truths” and the giving of benefits to the peoples, instead of to the citizens â€“ which also implies the destruction of the foundations of the modern state, have become normal for us. In the same way in which civil society has been destroyed in almost all countries of the former SFRY.

We were perfectly fine with having narrow identity matrices, based on traumas instead of victories, implanted in our heads. We have not even noticed the revision of history served to us at every opportunity.

The political elites, intoxicated by the referendum victory, focused on counting square meters and mountain and seaside plots to pawn off to some Russian tycoon, instead of creating serious policies and instruments for strengthening an anti-fascist, civic state. They believed that fascism should be fought with surveyorsâ€™ calculations, rather than with education, the creation of a modern legal framework, and a constant promotion of these values by people of integrity.

In their song â€œFirmaâ€, the best (post) Yugoslav band Hladno Pivo explained the process of privatization in Croatia, which is relevant for the entire WB region: “God, homeland, nation â€“ everyone down, this is privatization.” They describe “how we fell, without a shot fired, for the old trick of a new beginning”. Well, that is a perfect description of what happened to us in other areas as well, and especially in the area of the fascistization of the society. Montenegrin society has been ethno-nationalized without serious resistance.

The destruction of the July 13 monument is also the destruction of the anti-fascist, i.e. the only possible Montenegro. This is why it is high time for the awakening of the actual citizens â€“ Montenegrins, Serbs, Bosniaks, Muslims, Albanians, Croats, Roma, Yugoslavs, and all others, including those without a nation. The red line has been crossed, and it is time for resolute opposition. So that we may show that we are not merely schemers, but real anti-fascists, the ones who truly care about Montenegro.

For, as a national hero once said, “if you take anti-fascism away from Montenegro, what remains is exactly â€“ NOTHING”. 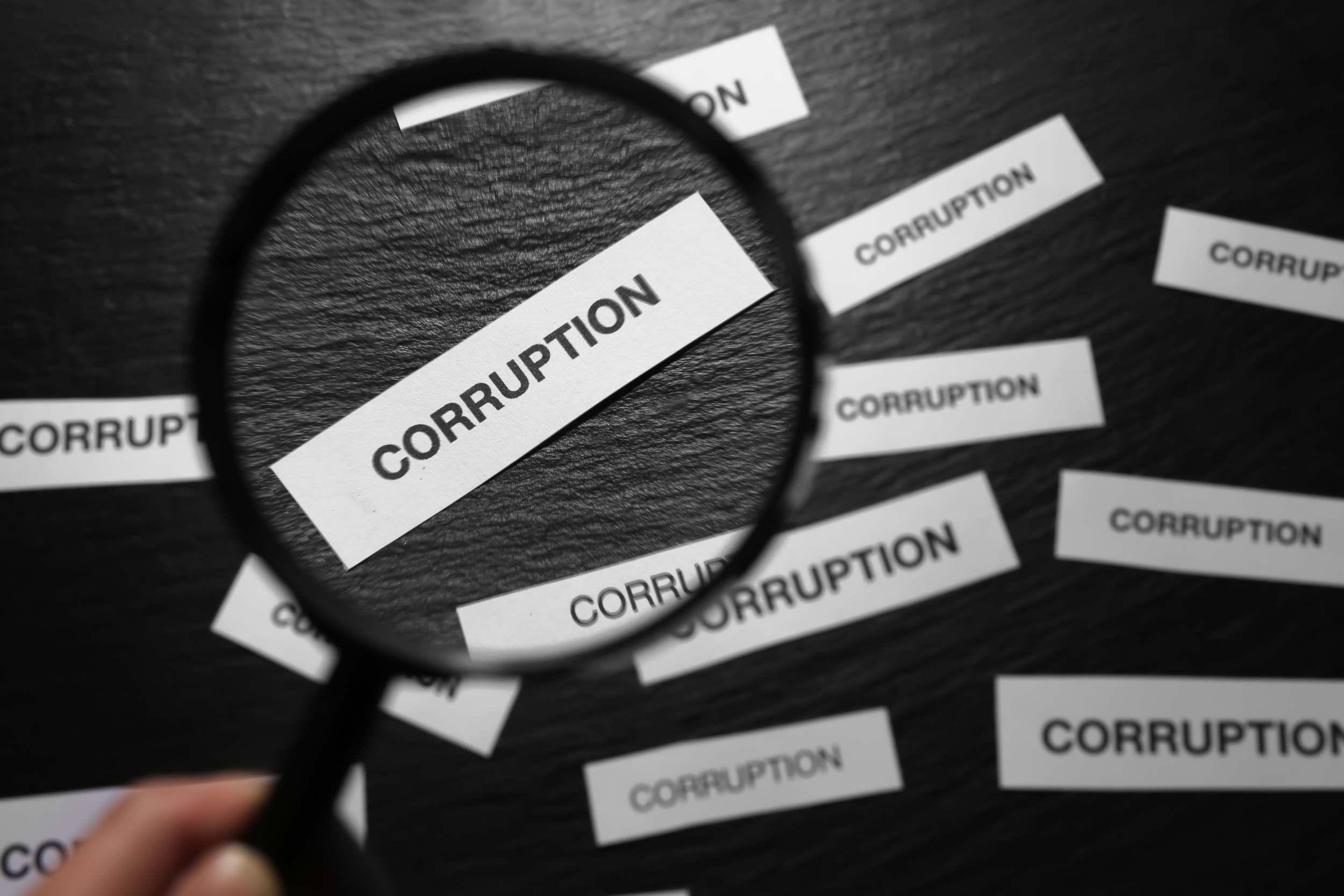 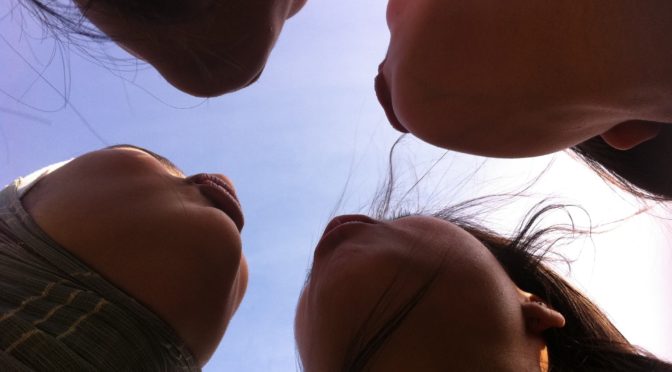 Call for training participants Empower for Change of Stigmatizing Attitudes